Regency Mint is a producer and distributor of custom military challenge coins.  We help put your ideas, designs, and logos onto beautiful medallions. Our military clients consistently return to Regency because of quality, consistency, and price. We recognize the sacrifice made by the men and women of the U.S. Armed Forces – we have several members of our team that have served honorably. To show our appreciation, we do our best to serve our military customers with the same dedication and drive with which our troops serve this country.

A Brief History of Challenge Coins

Military challenge coins have long been a symbol of dedication and service. These small coins often include insignia from a branch of the military or a local law enforcement department. Historically they were used to denote a rank and given to commanders for special achievements by their unit.

While the specific origins of the challenge coin are not known, they were given by the Roman Empire to recognize soldiers’ achievements. In modern times, coins were given to soldiers who exhibited bravery in battle. A superior would make a show of awarding the coin for the soldier to buy a drink or other reward. Coins from an officer were rare and highly valued.

One story often shared is that of a World War I pilot who was captured and managed to escape German patrols and get to France. He had no ID to prove he was a U.S. soldier but had a medallion with his squadron’s insignia engraved on it. He showed it to French troops, who recognized it and did not execute him. From then on, all members of his squadron carried their medallions, and eventually, the tradition spread to other squadrons, units, and branches of the military.

They have evolved to become a powerful symbol of membership in an elite group of people who have served selflessly.

There are few things that bond people together quite like unselfish and dedicated service to our country in the U.S. Armed Forces or service to the local community as a member of law enforcement. When someone volunteers to serve as a member of the military or law enforcement, they are giving their time and effort, and sometimes their life or limbs, to protect the freedoms that we hold dear. Military challenge coins for all types of law enforcement and military members provide a unique way to commemorate service and sacrifice and display allegiance to the unit in which you serve.

Our custom made military challenge coins come in a variety of styles and metals according to your design. Military challenge coins such as Commander coins and Unit coins are an important part of military life with our troops.  Whether you already have a logo and artwork or you need our help to design it, let us create the perfect coin for you.

Samples of our Military Challenge Coins 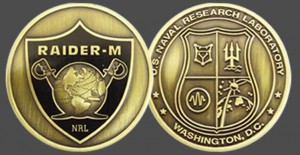 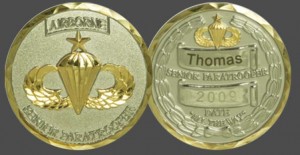 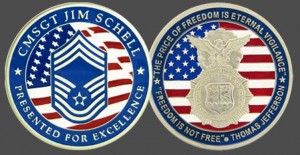 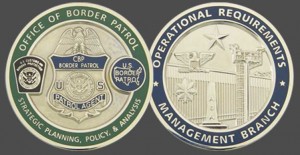 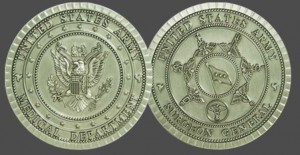 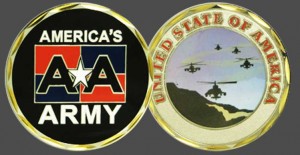 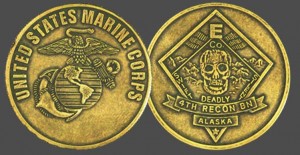 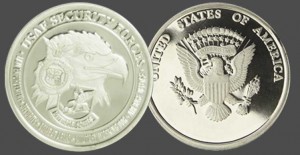 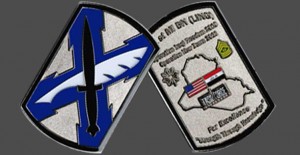 We manufacture many types of military challenge coins, including:

USMC challenge coins provide a way to commemorative the service of a member of the U.S. Marines. These coins can be given to officers, members of a USMC unit, or to celebrate and remember important achievements like a Purple Heart or a combat veteran.

Show your support for members of the U.S. Army with challenge coins designed specifically to commemorate their service. From unit-specific coins to those that denote a rank or service in a specific war or fight, these coins are perfect for everyone.

Celebrate the Airmen and Airwomen in your life who proudly serve in this branch of the U.S. Armed Forces with special Air Force challenge coins. These coins can be customized for service locations and dates, or to commemorate achievements and milestones.

From Fleet Admirals and Captains to Commanders, Lieutenants, Petty Officers, and Seamen, celebrate the Coast Guard members with specialized commemorative coins. USCG challenge coins help you memorialize important moments in the lives of your service members.

When you want to celebrate and commemorate members of the U.S. Navy, there is no better way to do it than with Navy military coins. These challenge coins are completely customizable for everything from combat units to fleets and commands, rank recognition, and more.

Want to learn more about Military Challenge Coins? Check out the history and rules of challenge coins.